Mark was born and raised in Buckinghamshire, England where he worked and studied construction management prior to arrival in the States, September of 1999. He worked with inner-city kids in Brooklyn, NY, before pursuing his dreams and building his own skatepark in Tampa, FL. Mark was able to grow his skate ministry into a network, designing and building skateparks nationwide for churches and nonprofits.

He moved to Joplin, MO to work with a large skatepark manufacturer based there, before returning to his roots working with inner-city kids once again in Memphis, TN, but also blending his passion for skating in the process. He used it as a positive outlet for youngsters in deprived neighborhoods.

In 2011 Mark gained American citizenship and signed up for the US Army a month later; serving for 3 years as an Infantryman stationed at Fort Knox, KY and deploying once with his squad, to Afghanistan attached to a Special Forces team. He made it to the rank of Sergeant, having established himself as a leader even in Basic Training.

Mark is also very artistic and applies his creative edge to everything he does. He loves to write and illustrate children’s books primarily for his daughters, and first started self-publishing while deployed.  You can find his books on Amazon.com. 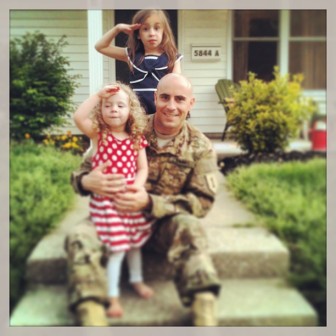 Upon leaving the Army Mark moved his family to Austin, TX and began work as an independent contractor inspecting construction sites for banks.

On a home remodel inspection, Mark made friends with Todd, a real estate investor and the two of them formed a new house flipping business. Their combined experience in construction and real estate made for a dynamic team and ultimately out of this partnership came the seed for Mark to get his Real Estate Agent License.

Mark went on to do luxury apartment locating for a while, although his primary focus was still residential real estate, as well as look into ADU and Tiny Home manufacturing. This was mostly built around concepts of energy and construction efficiency, non traditional build methods and stunning architectural aesthetics, ranging from single ADU’s to master planned communities. Through this vision, there are many investor strategies that can be explored.

Mark has an investment property in Austin and also Bastrop with several rentals on it, continues to look for ‘fix & flip’ opportunities as well as do remodels on clients homes.

Since moving to Texas Mark has also become an avid dancer (Two-Step mostly) and loves to teach beginners, as well as volunteering his time with a shelter for women and children, where he breaks out skateboards for the kids to learn and have fun.

In terms of a life philosophy Mark was taught: People do not care how much you know, until they know how much you care! Taking care of people is the foundation he has built his life upon and continues to be the bottom line even in real estate and construction. See Mark’s client reviews as proof of his dedication and integrity by clicking here.

‘Serving Others Where They Will Live The Most!’